Roy Bloom talked with us about fullering or creasing styles in forging or modifying shoes. This conversation was precipitated by some steel handled tools that were damaged and returned for inspection. It has also been a topic in Roy’s clinics for many years and it is certainly debatable as to which of the two common fullering techniques may work better for you. 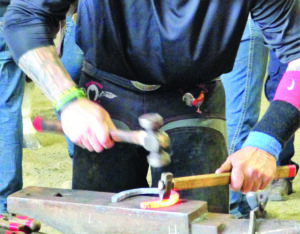 We’re going to use the terms “Crossover” and “Inline” to describe the two most common styles Roy discussed. We termed Crossover to mean the fullering tool is positioned on he branch of the shoe that is furthest from the hammer hand; in effect, crossing over one branch of the shoe to fuller the other. Inline fullering would be the opposite; positioning the fullering tool on the branch nearest the hammer hand. The decision on style used will dictate what fuller you buy – regardless of the marking of left or right on the tools. Keep that in mind when you shop for a fuller – especially steel handled. 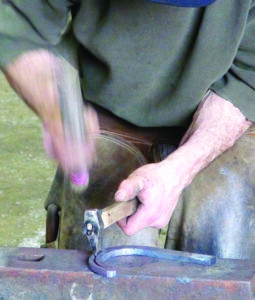 We asked a number of top competitors why they worked predominantly with one style or the other. It wasn’t too surprising to hear that it all depended on how they were taught; whether it was in shoeing school or in following mentors or clinicians like so many things we do in work and life in general.

It is also clear, with a lot of practice and development of hand-eye coordination either style can work very well.

We have attended a lot of forging competitions and know that many of the top competitors use a Crossover style rather than the Inline.They have spent thousands of hours working on their skills and hand-eye coordination to reach the top levels and if they had any difficulty in the beginning, hard work and experience obviously got them past it. 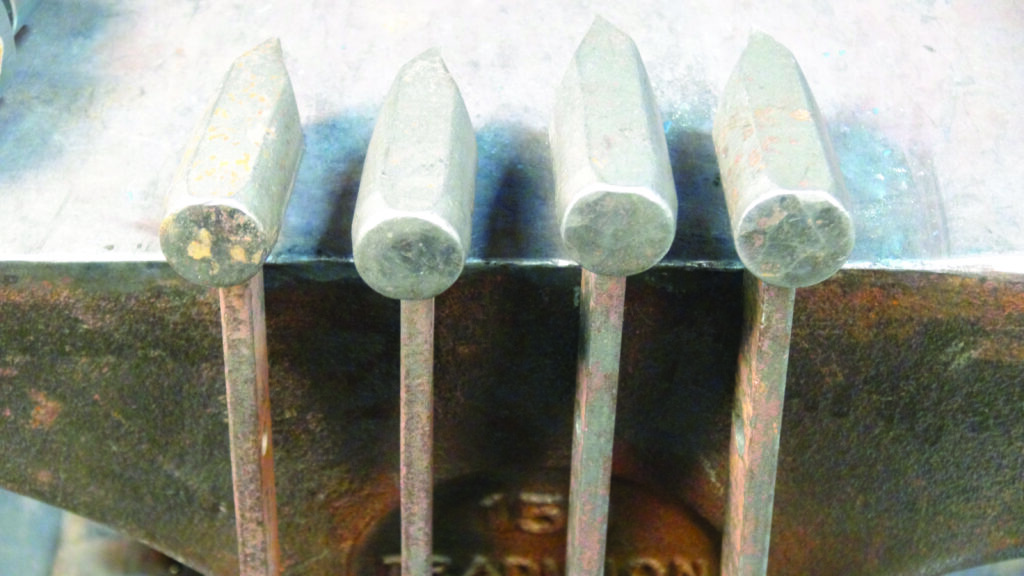 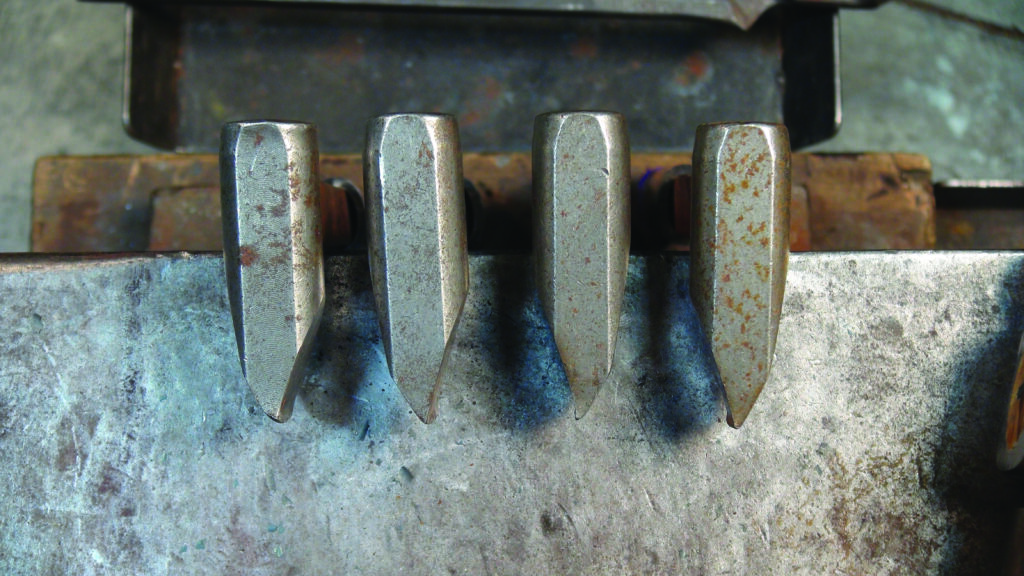 If you look carefully you can see all were struck off center. 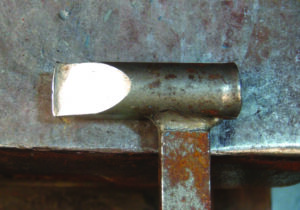 Roy talked about two key disadvantages of using the Crossover style for someone just starting in forging. The steel handled tools pictured in this article were all used by novice level farriers working in the Crossover style. This style requires an extremely skilled level of hammer control to be certain you are striking the center of the tool. The tendency is to lean the tool away from you and that forces the hammer swing to come from a less balanced position, with the elbow further away from the body. Your swing has to take the hammer in an arc that is not easy to gauge when starting out. Not to say that you won’t learn to compensate as you develop your hand-eye coordination, but in the early stages, this is a complicating factor and the reason why you see the damage to these steel handle tools. They have been struck on one side of the tool, not in the center. And it is always the side of the tool nearest your body. The more serious damage is what then happens to the working end of the tool as you can see with the deformation of the end of the fullers. 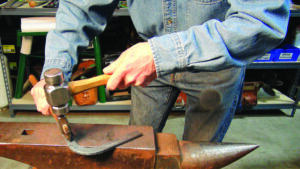 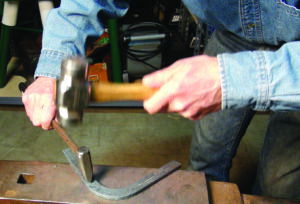 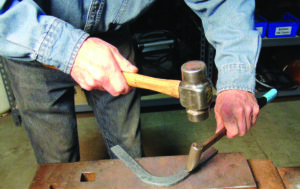 ABOVE: Left and Right Hand Crossover Style. Look closely at the position of the elbows in relation to the body.

The reduced control of the hammer swing is probably the primary drawback for using the Crossover style in your early stages of forging. Second to that is the reduction of power or force that occurs when the struck tool is further away from your body and your hammer arm is also not centered with the blow. Note the position of both elbows in the various pictures of the two styles. As a rule, the Inline style keeping the elbows closer to your center will maximize the control and power behind the hammer blow. This is just food for thought. If you are experiencing any difficulties keeping your struck tools in good shape, you may want to consider these ideas.

BELOW: Left and Right Hand Inline Style. Look closely at the position of the elbows in relation to the body. 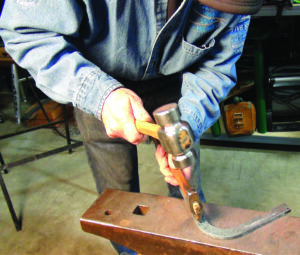 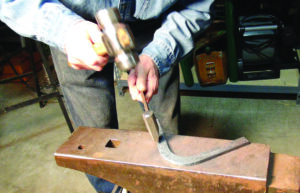 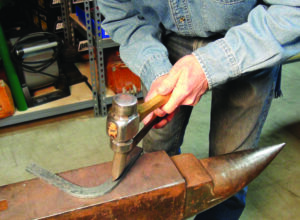 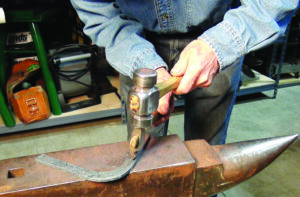 Check out Roy’s videos on YouTube for more ideas on tool use and maintenance: youtube.com/user/FarrierProducts.

This entry was posted in Tips. Bookmark the permalink.