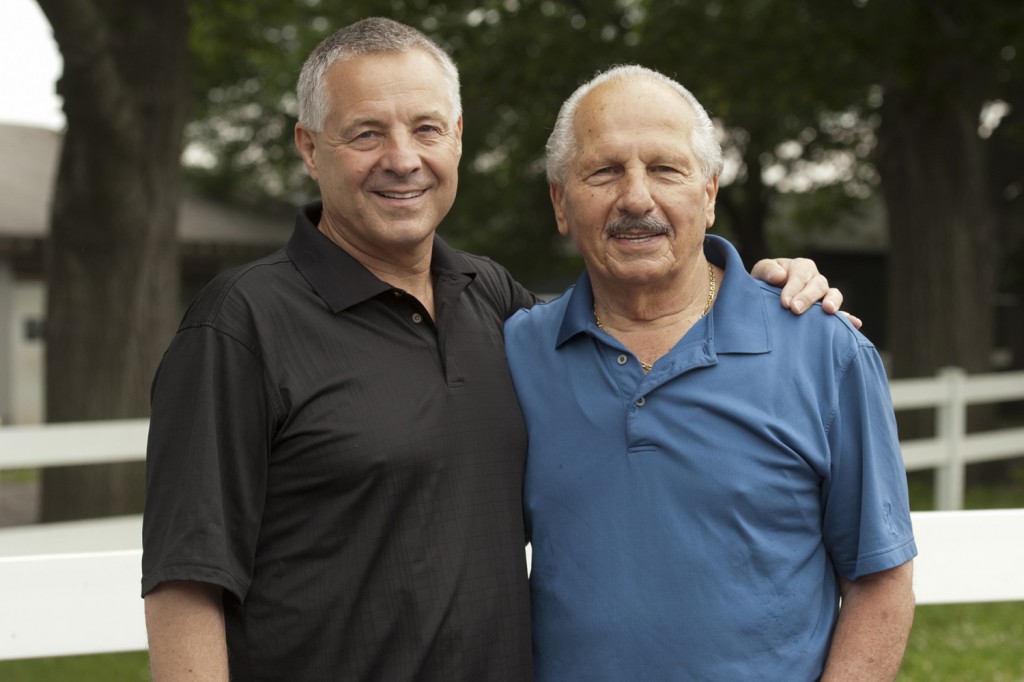 Jim Jimenez on left with Mr. Ray Amato prior to the Belmont Stakes.

The activities leading up to the Belmont Stakes were reported heavily in the racing world, but little mention was made of the role some of the top farriers in the racing world have in the team effort necessary for success. We were fortunate enough to get some photos of some of the key players on the farrier side of things.

Jim Jimenez, farrier for Doug O’Neill, shod I’ll Have Another, winner of the Kentucky Derby and Preakness. Unfortunately, an injury kept the horse from participating in the Belmont where he may well have become the first Triple Crown winner in 34 years. Jim has been involved in the race world for most of his life and is one of the most respected farriers in the southern California race market.

He caught up with a truly legendary figure on the NY racing scene, farrier Ray Amato, with well over 50 years of shoeing for many of the top NY based trainers on his resume. Ray has slowed his pace a bit the last few years- which may be hard to believe if you see him in action. He now shoes only for Todd Pletcher but it’s a rare morning that you could visit Belmont or Saratoga later in the season and not see Ray working under the lights before the sun has come up- finishing a solid day’s work before many even get under their first horse. 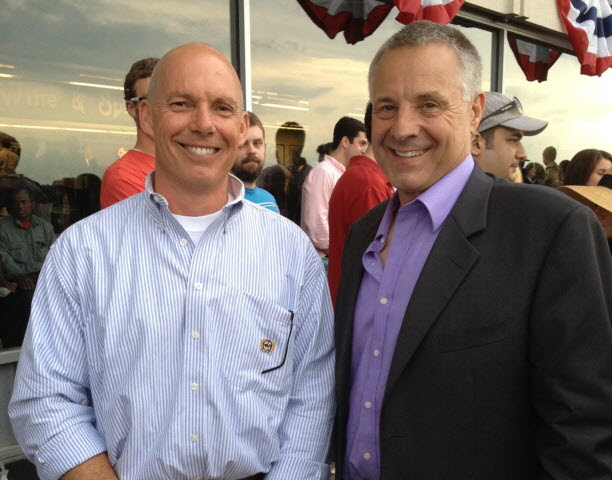 Recognition of his contribution to the farrier world is coming in the form of an Honorary Lifetime Membership in the American Association of Professional Farriers. Plans are being made to do the formal presentation this summer at Saratoga. Bob Pethick, APF CJF, board member of the AAPF, returned to his roots with his visit to Belmont and caught up with Ray and Jim during the lead up to the Belmont stakes. Bob has been living in New Jersey and working for years on top level horses in the Hunter and Jumper market, but originally came from “the city” and still keeps his track license current. All in all, the three represent a lot of history and top notch farrier work – deservedly considered icons in the industry.

This entry was posted in Events, People and tagged blacksmith, Farrier, kerckhert, racing. Bookmark the permalink.