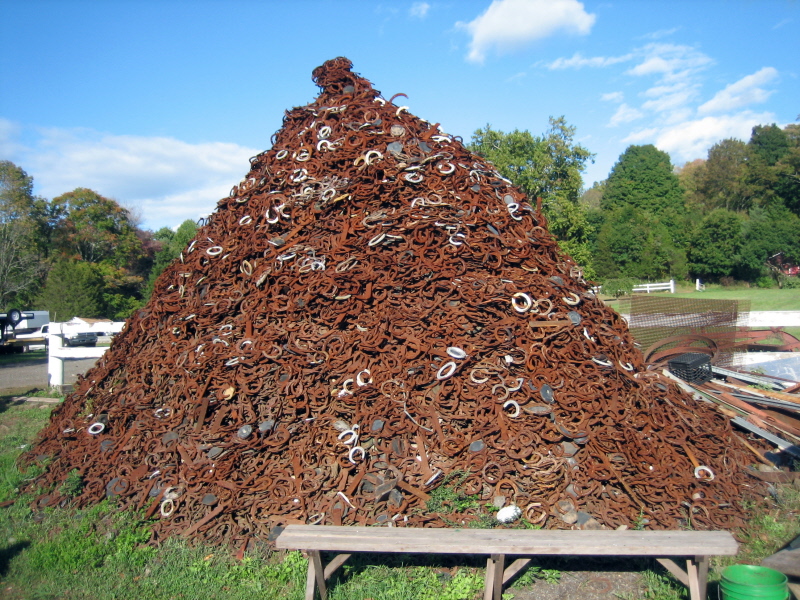 This is another amazing mound of steel and aluminum. Located at the Kriz Farm in Bethany, Connecticut.

We recently did a Facebook post with an image of a horseshoe pile at the Oklahoma State Horseshoeing School in Ardmore. Very impressive image. That sparked comments from folks and questions about the horseshoes piled up outside the Kriz Farm shop. We were able to reach Joe Kriz, Jr. and he sent us a couple images. It would take someone with a good math background to figure out which is the largest. Joe informed me that this pile was started in 1955 after a flood took the original Kriz pile down the Naugatuck River. So who knows how big it might have been. My guess is the Kriz mound has fewer practice shoes in it. Suffice it to say, they are both quite amazing and represent two sides of the industry. Those that are working and sweating to learn the trade and those that spent decades working and sweating applying their skills and making a living. 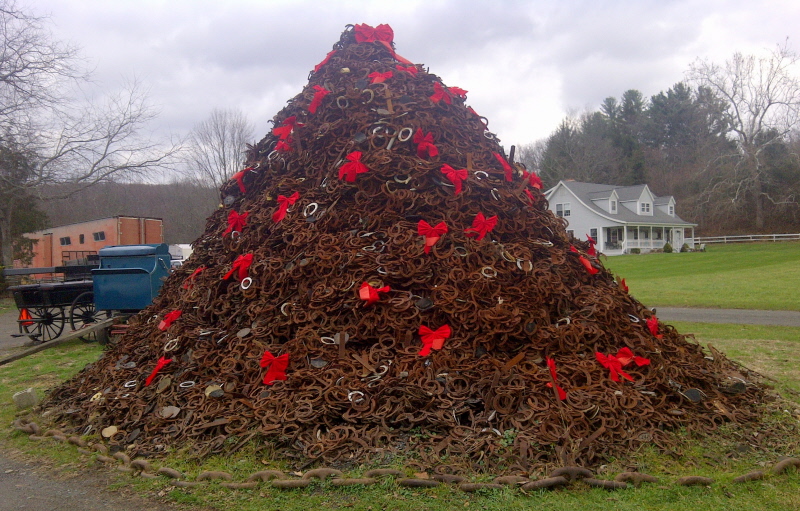 Seems there may also have been a Christmas tradition that included the shoes and they were decked out for the season. I also think the pile has grown compared to the first image.

The Kriz family of Connecticut is truly one of the icons of the farrier industry. There have been many articles written about the family and those that had an opportunity to meet them can appreciate their dedication and passion for the trade.  A video was produced by Peter Hvidzak and can be seen at this link – Joe Kriz, Sr. This sharing of Mr. Hvidzak’s video was put together by Fran Jurga of Hoofcare and Lameness who has followed the family throughout her career in the farrier industry. It will give you a sense of the impact the Kriz family has made in the equine industry.

This entry was posted in On the Road, People, Scenic byways and tagged blacksmith, Farrier, hoof, horseshoeing, horseshoes. Bookmark the permalink.