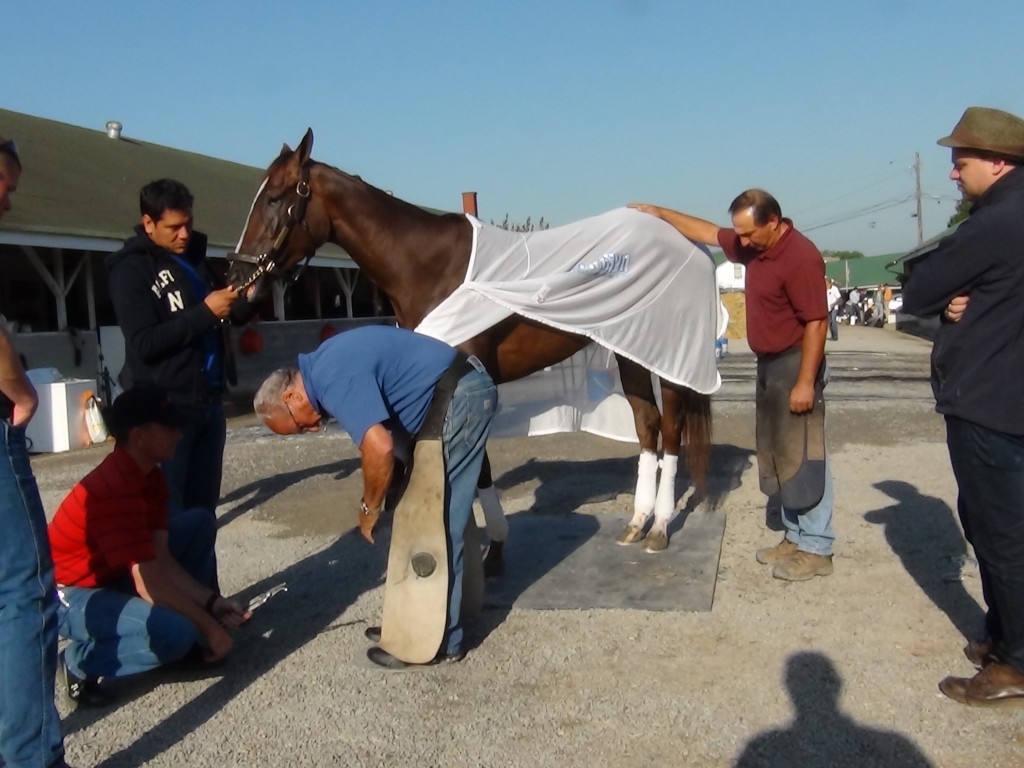 Mr. Ray Amato puts the finishing touches on the front foot of one of Todd Pletcher’s horses. His son, Ray Amato, Jr. is waiting to work the hind feet. This is the Ky Derby scene that most people never see.

Today was the first really busy day of 2013 at Churchill Downs and we were on the backside tracking down some of the leading race track farriers in the country and checking on shoe choices for Derby and Oaks entries. This is an annual ritual for us and gives us the opportunity to see what some of the top farriers and top trainers in the industry are doing on the hoofcare side. What we can see so far is that there will be a tremendous number of Kerckhaert race plates in the chase in two of the most famous races in the industry. Kerckhaert has become a well-known name in racing world-wide since beginning production of innovative, high quality racing plates a number of years ago. 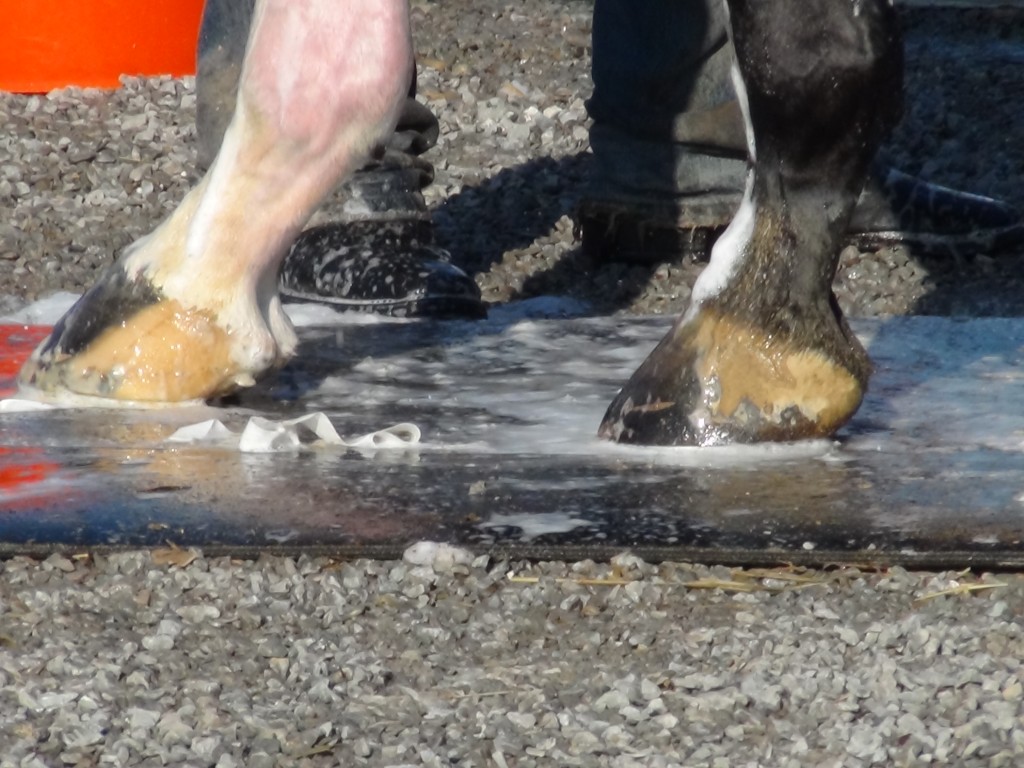 Verrazano’s solid looking hooves. One of the leading contenders for the 2013 Ky. Derby crown is bathed after the morning work. He’ll be one of the shoeing jobs coming later in the week for Mr. Ray Amato.

Two of the busiest farriers this week are Mr. Ray Amato, Sr., and his son Ray Amato, Jr. They are hard at it taking care of Todd Pletcher’s Derby and Oaks horses as well as the rest of the string of horses he has at Churchill this week. Busy could be an understatement. Pletcher has 5 entries in the Kentucky Derby and 4 in the Oaks. Ray Amato has been with Todd Pletcher for 18 years, and is hoping to continue with him until Pletcher reaches the 25 year mark and what is undoubtedly a certain induction into the Racing Hall of Fame. Perhaps most significant is that Ray is 80 and is planning to continue on for years to come. A true gentleman and craftsman, he has recently been recognized in national circles as one of the true Hall of Fame status farriers. We’re excited about the decision by Mr. Amato, one of the legends of the trade, to begin using the new Kerckhaert Legendary XT front race plate. He’s been a big fan of our Tradition series and feels that this new shoe will be a great front shoe choice for his path forward. 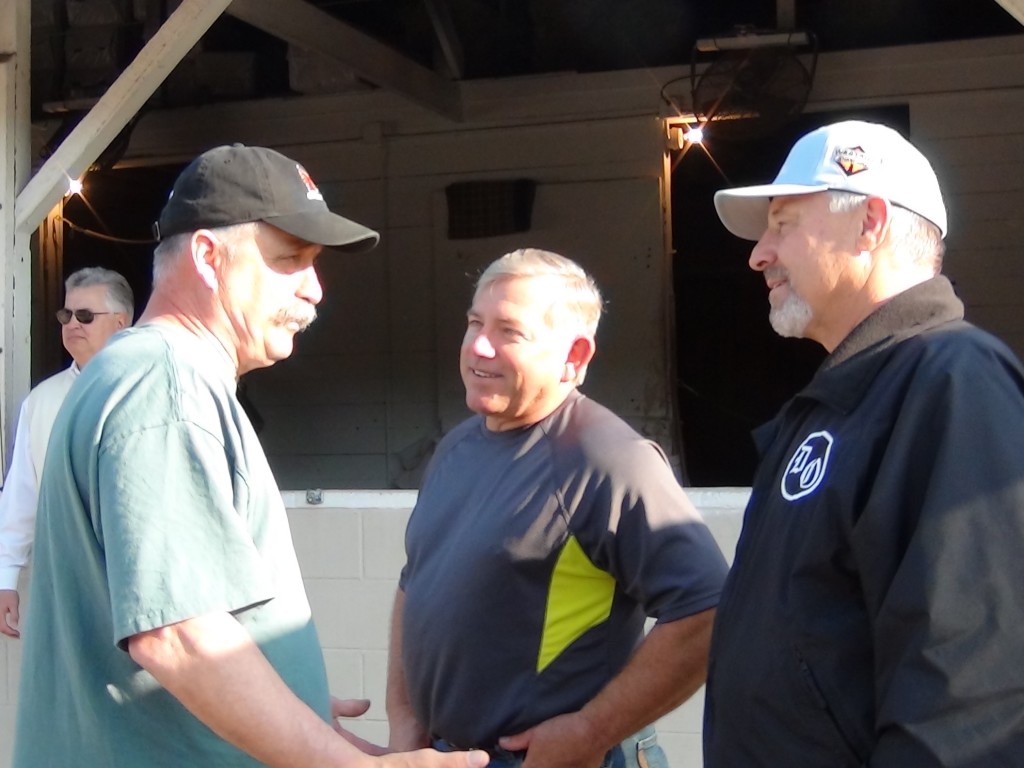 We’re also following a number of other guys that are also well respected for their talents and skills and are dealing with contenders in the big races. Jim Jimenez , Steve Norman, Todd & Chad Boston, Jim Bayes, Jr., Pat and Chris Broadus are among the names we know well for the work they do each year. This group has quite a list of Derby and Oaks winners under their belt. We’ll be getting info and pictures of all of these farriers and others that are involved in the Derby and Oaks quest as the week progresses.

A Kerckhaert Tradition race plate being nailed on Derby week.

Stay tuned for more details- it’s shaping up to be a great week.

This entry was posted in Events, Products, The Hoof and tagged Farrier, hoof, ky derby, racing. Bookmark the permalink.