The Birdman from Belgium – Part One 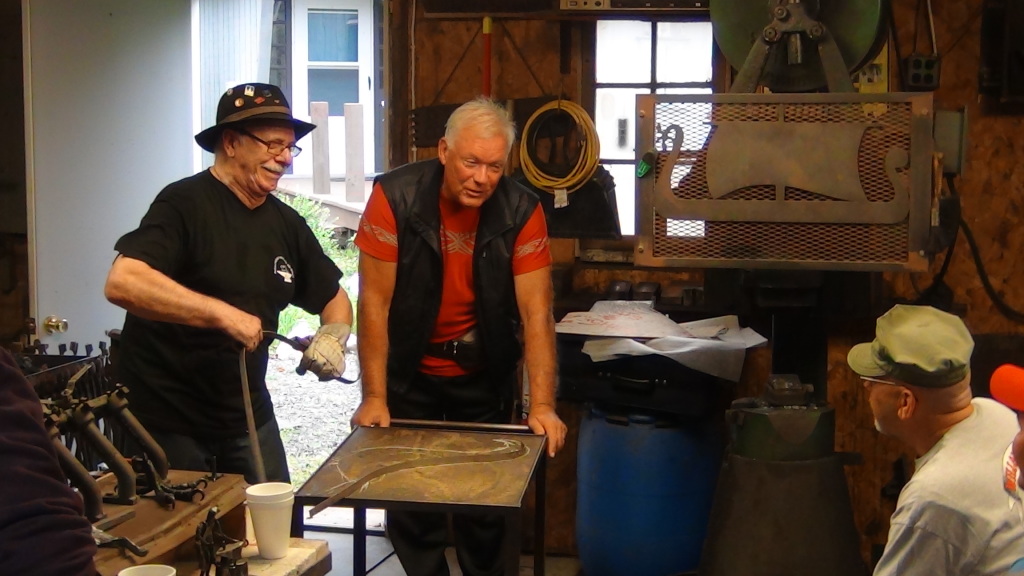 This is the first of a group of images and information gathered at a recent blacksmithing session held in August. Roger Bockstaele from Landskouter, Belgium shared his talents with a group of farrier/blacksmiths who met at the shop of Roy Bloom in Drummond, Wisconsin. Roger is well known as the “Birdman,” both in Europe and blacksmith circles in North America. 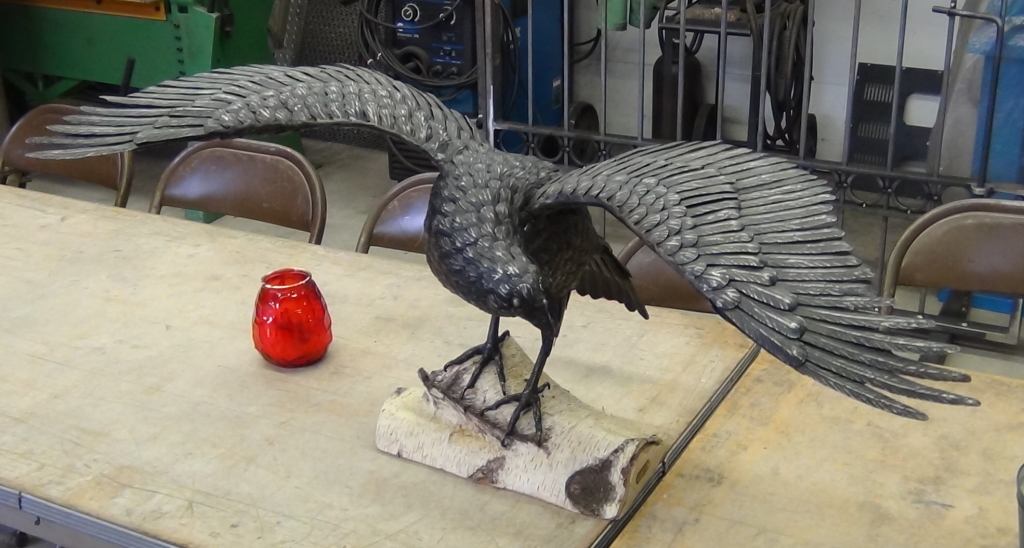 European “Buzzard” built by Roger Bockstaele. Many similarities to the project undertaken in Drummond.

This nickname comes from the numerous life size metal sculptures of all types of birds, from small song birds to full size eagles and herons that he has created. His talents don’t stop there, as he has built many other pieces in his career outside the world of birds. 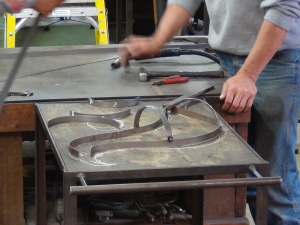 Roger was joined by Rudi and Beatrice Kerckhaert, longtime friends from Belgium. The connection for all the farriers attending is Rudi’s long time role in the Kerckhaert Horseshoe Company. Rudi was instrumental in organizing this event.

The project began with Roger’s simple one dimensional outline of the bird and began taking shape with the formation of the body made with light gauge metal strips. He soon had attendees working on various steps of the process including “fleshing” out the body, building the feet, feathers and beak. His goal was to get this bird far enough along to leave it with Roy and the group for completion at another time. No one had any idea, when started, how involved and painstaking the process would be to build not only the body, but then the build and placing several hundred feathers. 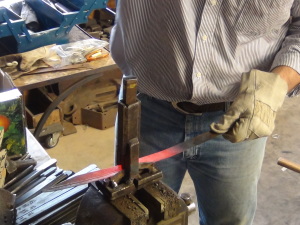 Roy and Tom Willoughby (both phenomenal artists in their own right) began working on additional tooling to help with the feather building – Tom with an anvil top tool and Roy with a spring tool for his air hammer. Even with additional tooling there were hundreds of feathers still to be built by the end of the workshop. The feathers were first veined, given texture with a cross pein, and finally meticulously fit and welded to the body. Roger showed the breakdown on the feathers and types of feathers to be made and they totaled over 800 pieces for the buzzard shown above.

Everyone kicked in and started a flow of feather production, beginning with the veining, texturing and sizing while others fleshed out the body to prepare for them. A good friend of Roger’s from the St. Louis area, Lou Mueller was drafted to be the official welder once this process got underway. Lou met Roger a number of year’s ago at an ABANA conference and worked from the start to the finish of this clinic. 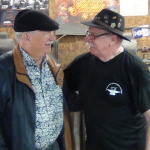 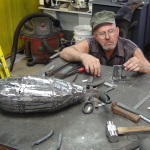 Tom working on his veining tool-. In the foreground you can see the body is taking shape

We’ll be adding to the story with additional images and accounting of what took place at this function in a few more installments. Those that joined in left with a great appreciation for what Roger has accomplished in his many years building “the birds” and other fascinating pieces. 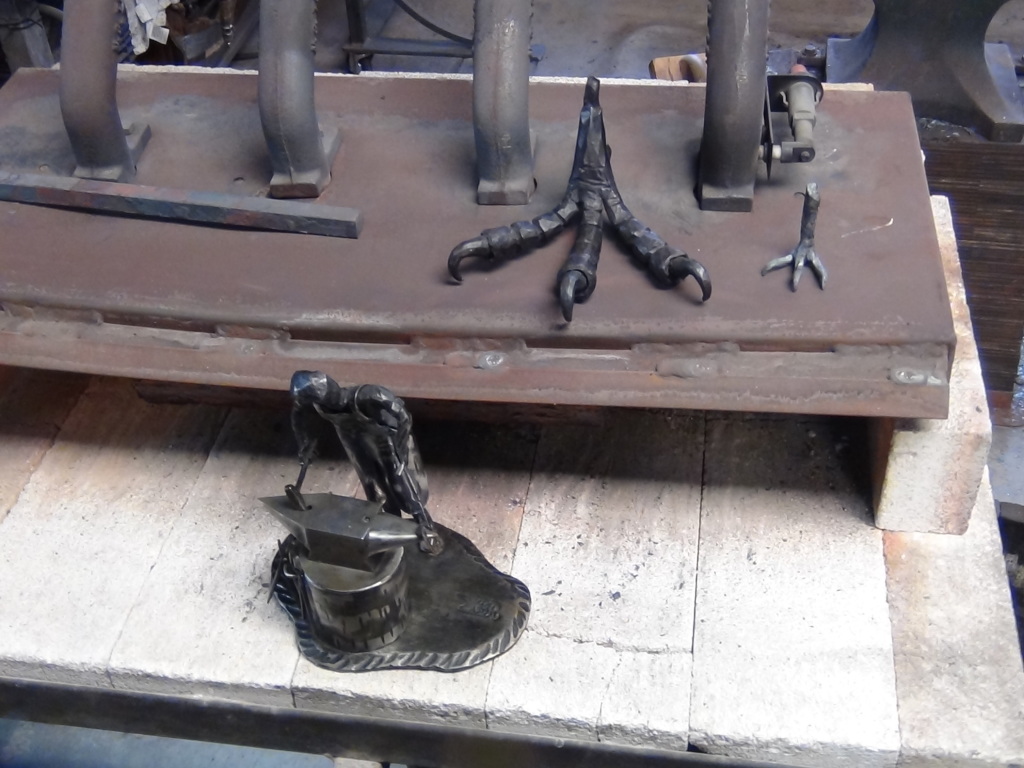 Pieces and parts and the Bockstaele self-portrait.

This entry was posted in On the Road, People and tagged bird, blacksmith, Farrier. Bookmark the permalink.