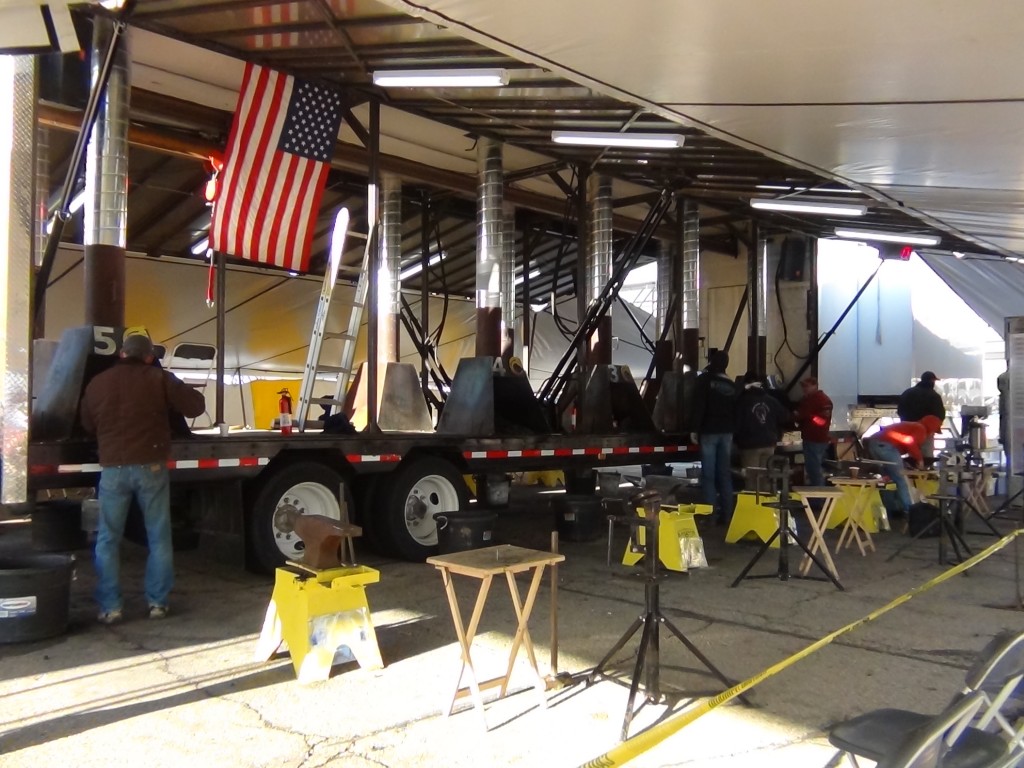 Early morning preparation of the coke fires for the WCB competition rig. Craig Trnka has been working for months to get this mobile rig set to go for the first event of the season and it looks like his work paid off for competitors and spectators at the event.

The first competition of 2013 for the World Championship Blacksmiths was held April 19-21 at the Midwest Horse Fair in Madison, Wisconsin. It wasn’t exactly the spring weather hoped for, with cold temperatures and blowing snow on day one, giving way to some sunshine and warmer weather day two and finishing with another cool, blustery day on Sunday. Nevertheless, the competition went forward. This was the unveiling of the WCB’s competition rig on wheels. Months and many dollars have been spent building a tractor trailer unit that contains the coke forges, all the anvils and stands, various other equipment and tenting that attaches to the hydraulically lifted sides that open to reveal the forges – five to a side. I’m certain Craig will tweak as needed but the setup worked well for the competitors as well as many spectators that dropped in while at the event. 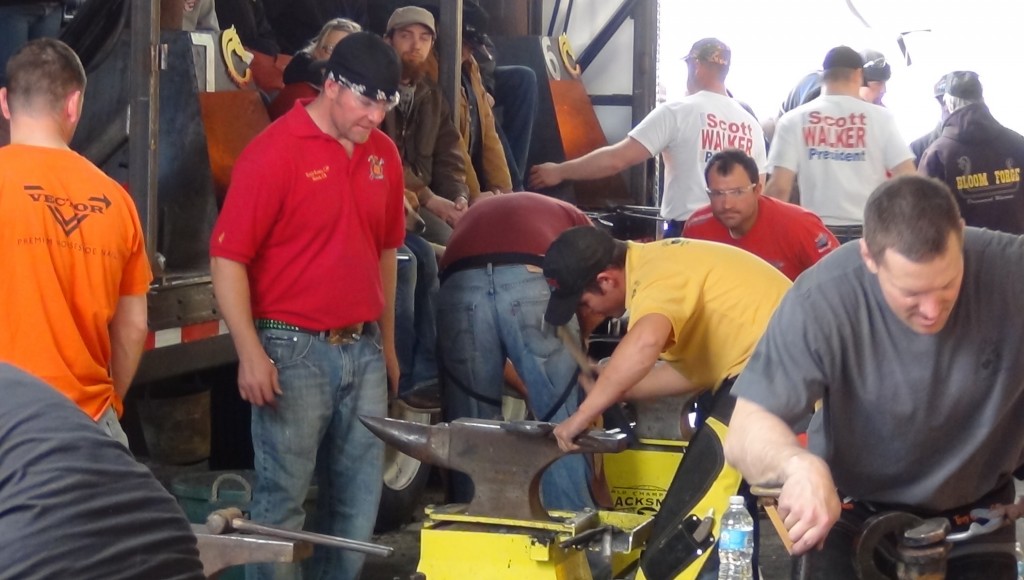 Travis Koons, CJF (left with red shirt and headband) overall winner of the open division is striking for Cody Gregory, CJF FWCF, who placed second overall- illustrating the main ingredient of the competition, the sharing of knowledge and skills to help everyone improve and succeed. Trey Green, CJF works on finishing a shoe to the far right. 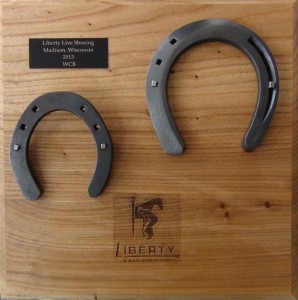 These were the shoes that were involved in the live shoeing class, one shoe plain stamped with Masselotte toe clip to be nailed on the foot and one Sidebone specimen shoe, judged on forging quality. The plaque was presented to Josh Stanley, CJF AWCF for his Madison victory.

Farrier Product Distribution has been a supporter of the WCB since its inception. We have seen first hand the positive efforts of Craig Trnka to form a viable group that is all about sharing their knowledge and improving the skills of the farriers in the trade. We are the sponsor of the Liberty Live Shoeing competition that is held on the final day of the competition. Liberty Horseshoe Nails have been rapidly increasing in popularity among the WCB members and farriers throughout the industry. 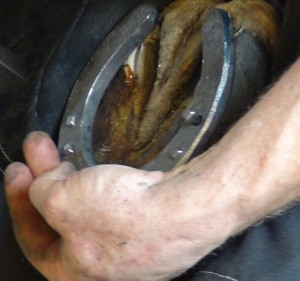 Liberty nails being driven in the live shoeing class. Consistency and high quality are a couple of the many comments on the nails. 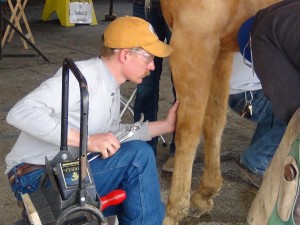 Mark Schneider, was working as the striker for another competitor and is focused on helping him in his go on the shoeing.

Liberty nails are used for forging classes as well as the live shoeing and this farrier has a line up of nails where he can easily get to them to check fit in shoes.

This entry was posted in Events, On the Road, The Hoof and tagged blacksmith, Farrier, hoof, horseshoeing, liberty nails. Bookmark the permalink.