By Dave Farley and Roy Bloom

We have developed a list of reference points that have helped us in evaluating limb balance and developing a plan for trimming the hoof to maintain or enhance the balance. The following list and images give a good overview of those points and will hopefully give you food for thought in your daily work. 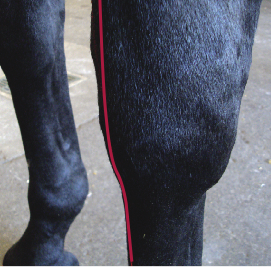 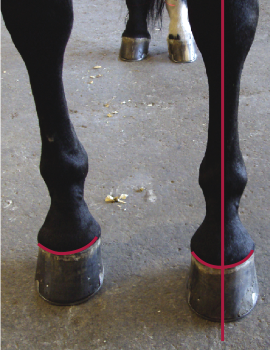 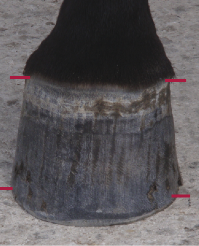 3. Look at the coronary band (frontal view) and its relationship to the ground. Compare the medial and lateral lengths of hoof wall from this view. 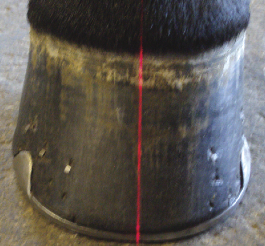 4. Now check the hoof edge or shape in relationship to the coronary shape. 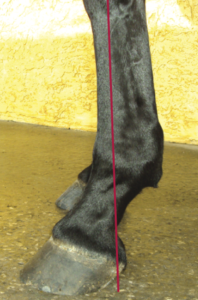 5. From the side (lateral view) of the horse, draw a perpendicular line down through the cannon bone to the highest, widest part of the frog. Position the heels to that point. 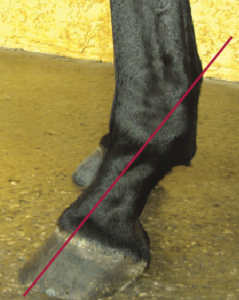 6. From same viewpoint, compare the hoof and pastern alignment. Toe length, heel height and length of pastern should be used to determine normal alignment. 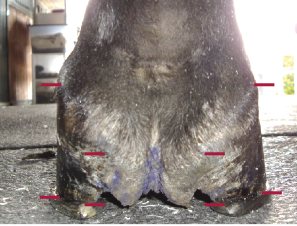 8. Also from the posterior view, compare heel heights and both medial and lateral wall heights. 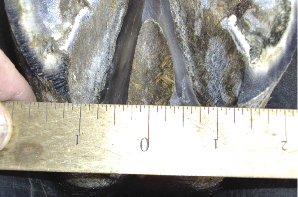 9. In the farrier’s position (FP) of holding the foot, look at heel positioning in relationship to highest, widest part of frog. 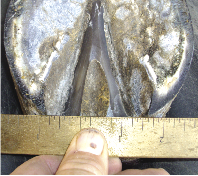 9a. In the farrier’s position (FP) of holding the foot, look at heel positioning in relationship to highest, widest part of frog.

10. From the same farrier’s position (FP) find the medial/lateral center of the frog (approximately 3/8” back from the point of the frog). Measure from that point to the widest part of the quarters, both medial and lateral and compare measurements. 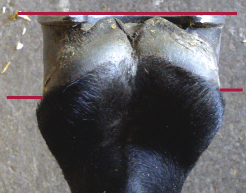 11. From the farrier’s position (FP) sight the foot to measure heel length and the level of bottom of foot. 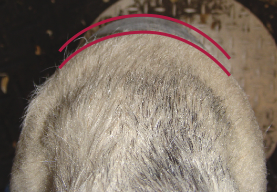 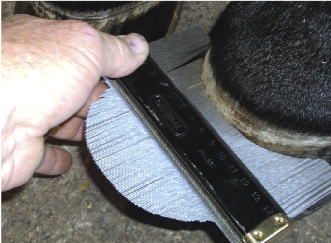 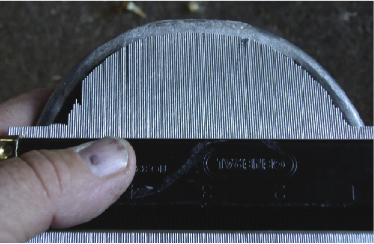 The challenge you face in establishing good hoof and limb balance is lessened when you develop your overall perspective of the limb. These reference points are a good guide to help with that effort. It’s nearly impossible to accomplish your goal of achieving good balance when looking only at the hoof when in working position. We’ve found these points of reference to be invaluable in our everyday work. We look forward to going into more detail on the variations we see in these reference points in the video series and future articles. 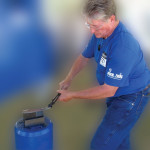 Dave Farley, CF APF of Coshocton, Ohio has been shoeing horses for over 40 years. He has shod for a broad range of disciplines, including Western horses, Reining, Dressage, Hunters and Jumpers. His business today is focused on Hunters and Jumpers on the “A” circuit.

Throughout his shoeing career he has participated in educational functions. For a number of years he has been doing shoeing clinics in the US and Canada, many sponsored by FPD but also as a guest speaker and clinician at events like the AFA Convention and the International Hoof Care Summit. In 2000 he received the Clinician of the Year Award from the AFA, in recognition of his contributions to the industry. In 2008 he was inducted into the International Horseshoeing Hall of Fame.

Dave is known for his willingness to share his knowledge and experience with farriers throughout the industry. His dedication is obvious to those who have heard him speak in the past. Dave is a founding member and Immediate Past President of the American Association of Professional Farriers. This is a national farriers association focused on continuing education for the trade.

He also partnered with Roy Bloom to form a video company called Hot Iron Productions. The goal of the company is to produce top quality video footage to help explain shoeing and forging concepts, including their latest issues, 12 Points of Reference – Balancing the Equine Hoof and Shoeing the Jumper. 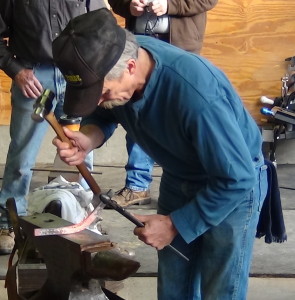 Roy Bloom has been shoeing horses since 1973. He has been a member of the American Farrier’s Team on two different occasions and for many years served as the manager of the team. Roy has always been willing to share the extensive knowledge he’s gained over the years with members of the farrier industry. In addition to his farrier background, he developed a strong interest in blacksmithing and tool making and for many years has been manufacturing a broad range of farrier and blacksmith tools. He also has a fully equipped shop and the ability to do a wide variety of ornamental and artistic work. Roy’s work as a clinician has earned him the Educator of the Year Award from the AFA and a position in the Horseshoer’s Hall of Fame.

This entry was posted in Uncategorized. Bookmark the permalink.